Learn all about our Not-For-Profit Organization.

Help the People in Your Community 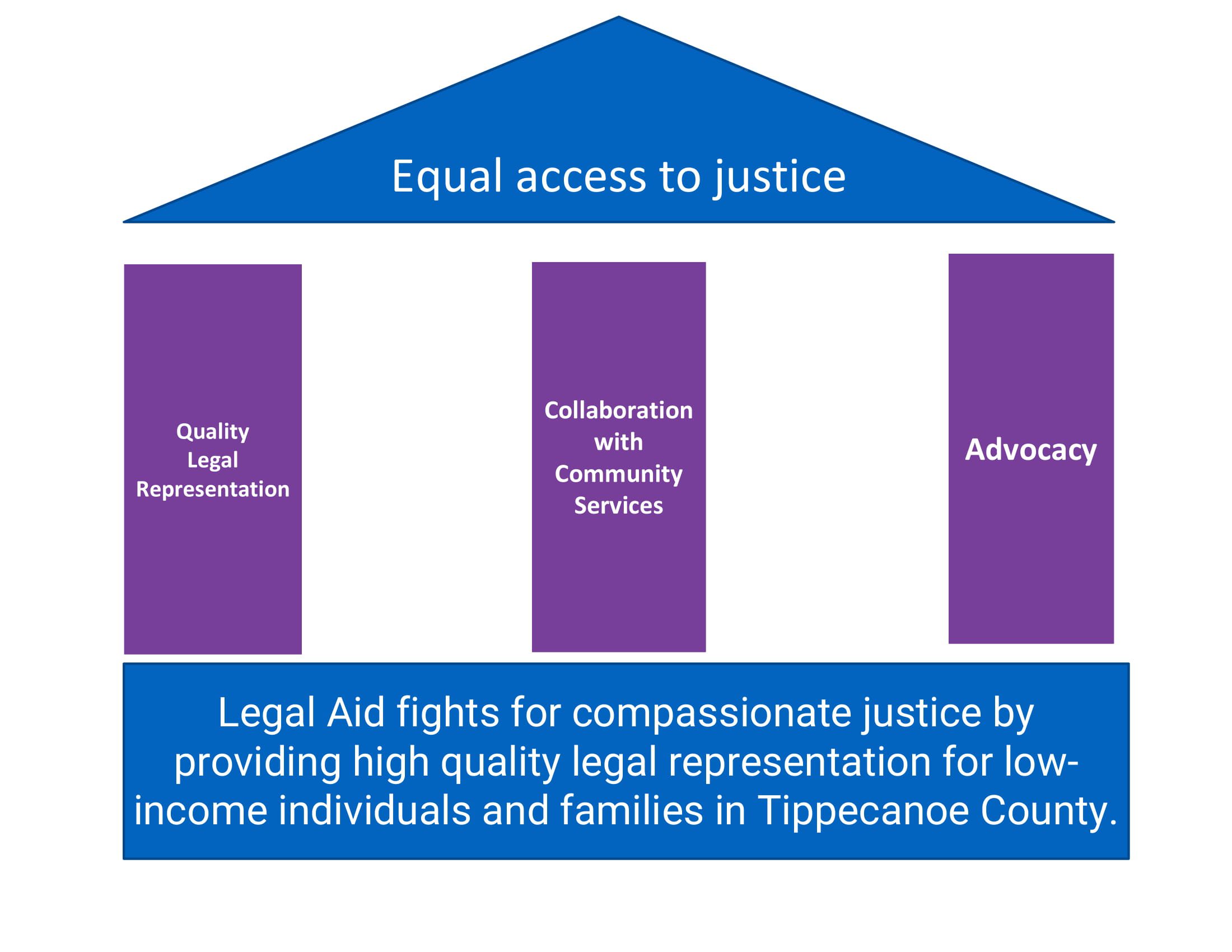 The Legal Aid Corporation of Tippecanoe County began serving the community in 1971 with a grant from the Lilly Endowment Inc. The idea for Legal Aid originated from area lawyers who found many Tippecanoe County residents unable to obtain a lawyer due to financial constraints.  In early 1994, Legal Aid moved from its Ferry Street building to a new location on Fifth Street in the Pearlman Building. In the early years, Legal Aid was led by several Executive Directors. However, in 1986, Attorney Kenneth Weller was promoted to a position leading the agency for over thirty years ending his term in 2016.

The agency welcomed Attorney Amanda McIlwain to the Executive Director position in January 2017. She joins long-time staff attorney, Michael Sum, and the rest of the Legal Aid support staff.

"Over Forty Years of Helping People Help Themselves"

The Legal Aid Board of Directors is made up of the following individuals:

The Legal Aid Board of Directors is made up of the following individuals: